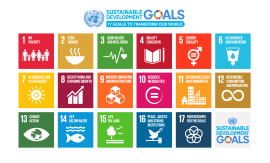 The General Assembly endorsed global citizenship education (GCED) as target 4.7 of the education goal in the outcome document “Transforming our world: the 2030 Agenda for Sustainable Development” adopted by consensus at the United Nations Summit held at UN Headquarters in New York from 25 to 27 September 2015. In this regard, UNESCO has been actively engaged in policy dialogue in relation to post-2015 to assist Member States and education stakeholders in defining the targets and indicators for the education goal.

The proposal to include GCED and ESD in the post-2015 development agenda generated the need for clearly defined indicators to enable monitoring progress at the global, regional and national levels. UNESCO established the Experts Advisory Group (EAG) and its sub-group (the Measurement Ad-Hoc Team (MAT), members of which met in Paris in June 2014 and agreed on the core conceptual dimensions of GCED and key learning outcomes that can also serve as priorities for measurement. In parallel to these efforts, UNESCO commissioned an expert institution, the International Association for the Evaluation of Educational Achievement (IEA) to carry out research and propose a list of indicators. Based on the IEA recommendations and in further consultation with key stakeholders, UNESCO developed a list of potential indicators, with the expectation that these will inform the global efforts to identify indicators for Target4.7 of the education SDG.

UNESCO will continue to provide assistance to Member States and education stakeholders in their effort to reach the Target on GCED.

Target 4.7 as adopted in the outcome document of the United Nations Summit:

Heads of State, Government leaders, UN High Level Representatives and civil society  met in September 2015, at the 70th Session of the United Nations General Assembly, and adopted the Sustainable Development Goals (SDGs). These represent a universal, ambitious, sustainable development agenda, an agenda “of the people, by the people and for the people,” crafted with UNESCO’s active involvement.

UNESCO will contribute to the implementation of the SDGs trhough its work on: UNESCO actively helped to frame the Education 2030 agenda which is encapsulated in SDG 4. The Incheon Declaration, adopted at the World Education Forum in Korea in May 2015, entrusted UNESCO to lead and coordinate Education 2030 through guidance and technical support within the overall SDG agenda.  Read more The new 2030 Agenda for Sustainable Development represents a significant step forward in the recognition of the contribution of Science, Technology and Innovation (STI) to sustainable development. Read more UNESCO’s Social and Human Sciences Programme aims to firmly entrench universal values and principles, such as global solidarity, inclusion, anti-discrimination, gender equality and accountability, in the implementation of the SDGs. Read more Placing culture at the heart of development policies constitutes an essential investment in the world’s future and a pre-condition to successful globalization processes that take into account the principle of cultural diversity. Read more UNESCO advocates the recognition of the vital role that freedom of expression and access to information and knowledge play in sustainable societies. Read more

Posted on 11 Marzo 2016EVENTI
FacebookshareTwittertweetGoogle+sharePinterestpin it