The UNESCO Heritage Foundation of Sicily was formed by notarial deed in Palermo on 29 September 2005 by the Sicilian Region and the Italian National Commission for UNESCO. It was registered in the register of legal entities on 25 January 2008 (GURS, n. 4 25/01/08). The Heritage Foundation was established by resolution of the Sicilian Region on 21 December 2007. The Foundation contributes to the promotion of the protection, enhancement and management of the UNESCO world heritage sites; the nomination of new sites to be included in the list of UNESCO heritage. The foundation, for the pursuit of its social goals, can establish agreements with Italian and foreign universities, with local authorities and other public and private national and international authorities to acquire and to exchange scientific, technical, economic, literary, artistic, sociological, legal or otherwise information, relevant to their purpose, and participate in institutions, organizations, international associations having similar or complementary purposes. 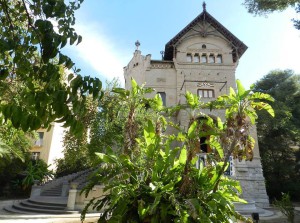